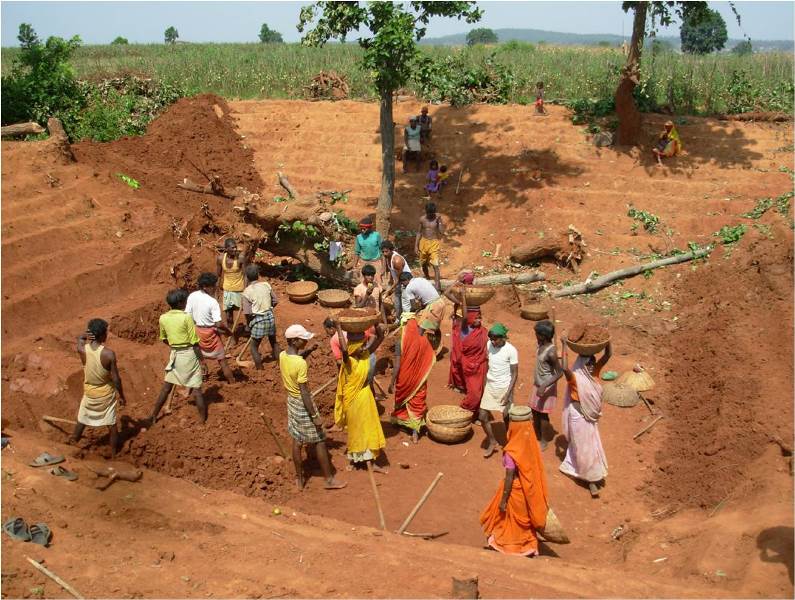 The National Rural Employment Guarantee Scheme (NREGS) is the national program of its kind that empowers the rural India by guaranteeing 100 days’ employment to each poor household. However, a number of loopholes had been witnessed in the implementation of the scheme that led the government to adopt digital for the effective and transparent implementation of the scheme. Mr. Prashant Kumar Mittal, Sr. Technical Director at NIC, shares with Mr. Ankur Aggarwal how digital initiatives at the Ministry of Rural Development (MoRD) helped the government achieve transparency and accountability in the whole process of ensuring employment guarantee to the poor households.

Ankur: The NREGS has received appreciations worldwide especially from the United Nations Organization and the World Bank. How NREGS finds a place in the social security schemes in the country? What challenges have been faced in its implementation?

Mr. Mittal: That’s true. Thanks for acknowledging that. NREGS caters to the citizens living at the bottom of the economic pyramid and is the world’s largest publicly sponsored employment program. In the absence of the full-fledged social protection system (like unemployment allowances and benefits, health insurance, etc.) for the poor households, the national rural employment guarantee scheme comes as a rescue for them.  It acts as a social security net for the most marginalized sections of the society who have highly unstable income.

Such large schemes often fall prey to mismanagement of public funds by way of corruption and leakages in cash disbursement. The delay in the payment of wages, non-availability of unemployment allowances, existence of fictitious workers, lack of awareness among the beneficiaries are some of the challenges faced by the implementation agencies. Since wage payments are the core entitlements that are provided by the scheme, the delayed payments and leakages dilute the underlying purpose of NREGS.

Ankur: What role digital has played in overcoming the challenges?

Mr. Mittal: In a program of such a massive scale, it is difficult addressing the challenges using manual systems. The MoRD adopted digital for bringing in efficiency and transparency in the system by developing a baseline workflow application, NREGASoft. It is a web enabled e-Governance system that captures and disseminates the information related to all the activities under NREGS at the Central, State, District, Block and Panchayat levels.  As per the latest statistics, the digital initiative has been implemented in around 661 districts, 6,800 blocks and 260,000 gram panchayats across 32 states and Union Territories. Around 24.44 crore persons have been registered and 11.29 crore job cards have been issued under the scheme. It has been developed by the NIC for the MoRD and is available in both offline and online mode to overcome the problems of connectivity in the rural areas.

Ankur: As you mentioned NREGASoft is the baseline application. What other digital initiatives have been taken?

Mr. Mittal: Efficiency, transparency and accountability are the key deliverables of NREGASoft. The biggest initiative has been around digital modes of payment. Fund leakages by ghost beneficiaries has now been plugged by adopting direct benefit transfer using Aadhaar seeding of the database. In 2016, there were 11 crore active workers that have been issued job cards and given work. Almost one third of the payments were made through Aadhaar Payment Bridge System (APBS), and rest were credited to the beneficiaries’ account through other e-payment mechanisms. This has helped in better management of funds and also reduce delays in payment of wages.

Ankur: Direct transfer to the bank accounts of the beneficiaries may help in faster payments but how does it help management of funds?

Mr. Mittal: This is one big benefit that all the state agencies that have adopted DBT are realizing now. In the earlier system the center used to transfer funds to the states who in turn would transfer the same to the implementing agencies. In this process, there were many instances that a big amount of funds would get parked in the accounts of the state treasury and the implementing agencies while other states faced shortage. After adopting DBT, now the funds are transferred from the central government directly to the bank account of the worker. It’s like just in time fund management based upon need.

Ankur: Thank you Mr. Mittal for providing your valuable insights?

Mr. Mittal: You are most welcome. I think Maximum Governance is a great initiative to share the knowledge within the government domain. I wish you all the best.